Biggest Planets Discovered In The Universe

Kicking this list off with a planet that is two times the size of earth. It’s known for possibly being the biggest diamond ever seen by the human eye. The speculated weight of the diamond that might be hidden in this planet could be a whopping 5 000 000 gigaton. If someone managed to bring that amount of diamonds to earth, it would make diamonds as valuable as sand. So why do we think that it contains so many diamonds? 1.  The planet consists of carbon which is essential in the diamond-making process.  2. The temperature level is 3900 F ( 2148 celcius ). Both adds up to the perfect condition for diamonds.

This planet is fortunate to have TWO suns. Yes that’s right, it’s a phenomenom called binary sunset. If you want to experience two sunsets in one day, you unfortunately have to travel 3700 light-years. The planet is as old as our earth but looks more like jupiter.

Almost twice as big as Jupiter, but is not known for it’s size. The planet is covered in gas like no other planets in our solar system. The gasses are trapped in the planet’s athmosphere making the conditions for any living creature unthinkable.

We just mentioned the planet that was twice as big as jupiter, well guess what.. This planet is 18X – Jupiter. 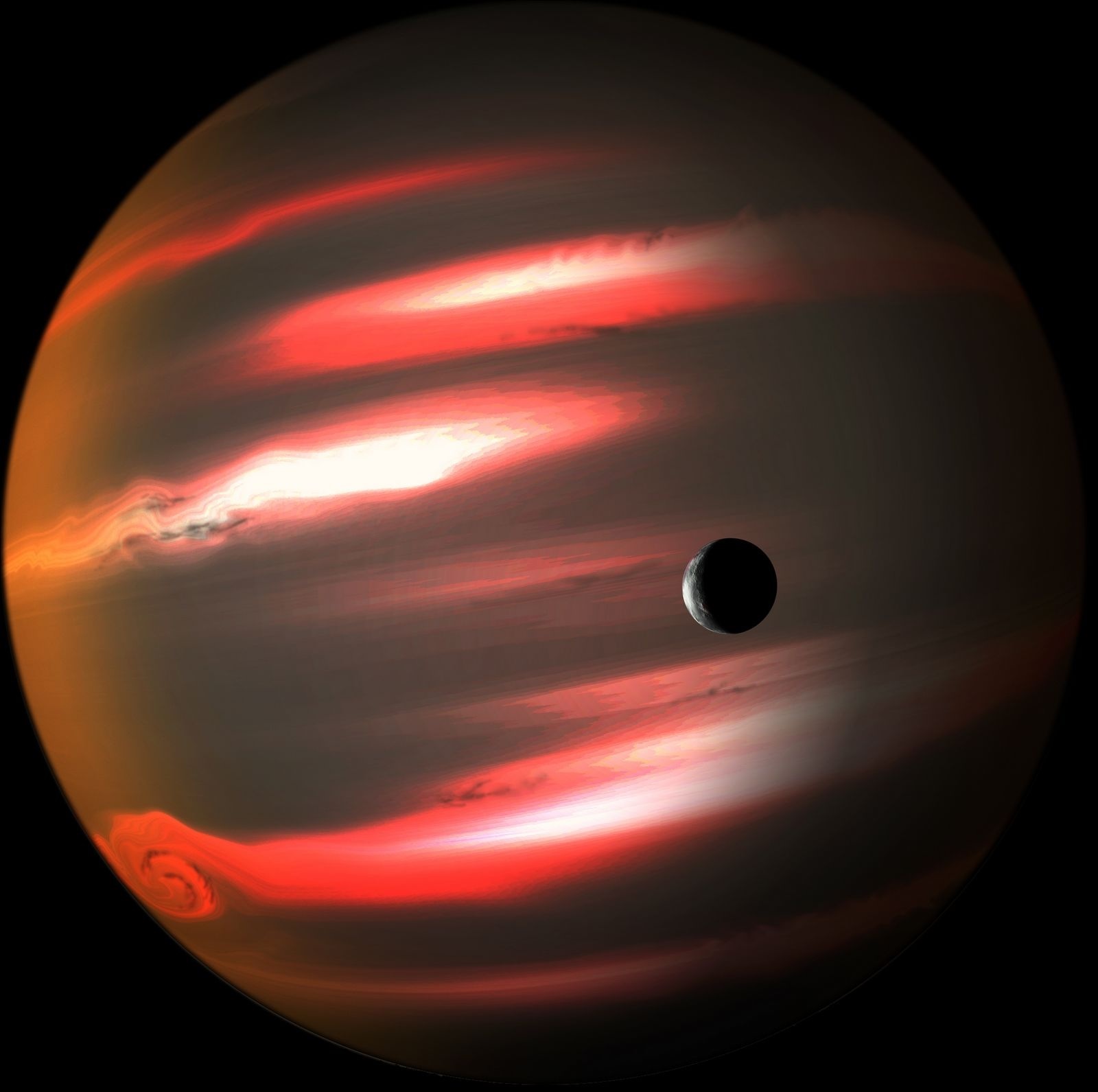 Discovered in 2006 and was an enormous discovery for NASA. What made this planet so special, was that scientists found this planet to CHANGE IN SIZE. The change is caused by the temperature changes. When the temperature rises, the mass shrinks to about the same size as Jupiter, when temperature drops (to about -200 C ), the mass grows to an amazing 46X jupiter ( over 50 000 volumes of earth ) .

This planet was discovered in 2008 and known to be one of the hottest and biggest planet’s we’ve ever come across. Since the planet is so big and close to it’s sun, it completes a rotation around the sun in just 24 hours.

Although jupiter is like an ant in comparison to Jupiter, this planet is only half the mass of Jupiter.  WASP-17B is made of a several material we don’t have on earth, but after a lot of research, this material seems reactive to certain gasses exposing the actual volume of this planet. It’s known as the marshmallow.

If you ever thought Earth was a big planet, think again. This planet is calculated to have the same mass as 500 000 Earths… Scientists believed at first that this planet was a star because of the size, but later discovery has revealed that this enourmous thing is actually a planet.

Like the Kappa-planet, this planet is unknown for either being a star or a planet. If it is a planet, it would be a planet with the size of  1.1 million earths.

The exact size of the planet has been impossible to calculate, but due to comparisons of other nearby stars, we may have an idea. The size could be 50-150 times our Jupiter, making it the biggest planet ever discovered in our universe.

Related : Check out the 10 world’s most beautiful rainbow photos